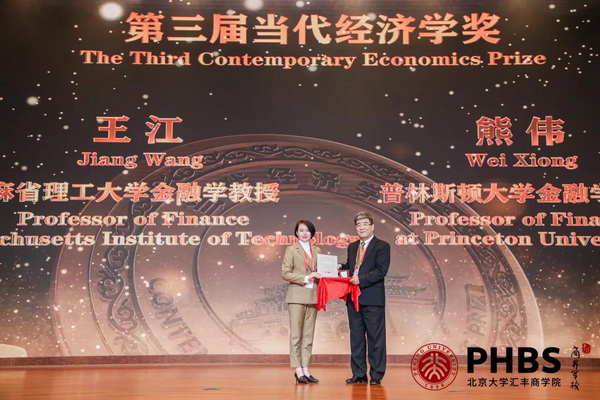 When announcing the prizes, Professor Bin Xia (Chairman of the National Economics Foundation and Counselor of the State Council) pointed out that Professor Jiang Wang systematically introduced market friction into the new classical capital market theory to create a new theoretical framework for asset pricing and made outstanding contributions to the development of economic theory.

The research findings include: constructing an equilibrium model that reflects the actual trading needs of market participants; providing a new framework for analyzing the characteristics of market equilibrium trading volume and asset prices; providing new explanations for important phenomena such as market bubble and collapse, the volume-price relationship between interest rate and the stock market, and the liquidity premium of assets; offering a new foundation of theoretical and empirical analysis for market liquidity and its systematic risks by systematically studying market liquidity from the perspective of market friction; and analyzing the possible loss of market effectiveness caused by various market frictions and defects and the corresponding regulatory and policy solutions.

Due to COVID-19, Professor Jiang Wang, who lives in the United States, was unable to attend the award ceremony in person. When he delivered the award-winning speech via video conferencing, he expressed his pleasure at winning the prize and his sincere thanks to the National Economics Foundation, guests, and his mentors, research partners, colleagues, students, and family members. He said that one of the key reasons why the Foundation awarded the 2018 Prize to the financial sector was because of the importance of finance.

Professor Jiang Wang expressed the need for more ambitious talent to join in this cause and expounded upon the importance of modern finance. Finance plays an essential role in the modern economy, which is not only the core platform to regulate economic resources, but also the main driving force for economic development. As a key component of economics, modern finance theory has not only led many revolutions in the financial sector, but also greatly enriched economics over the past 7 decades. Furthermore, China's economic development is now undergoing fundamental changes: from scale to quality and from investment-driven to innovation-driven, which relies on the support and promotion of a modern financial system. 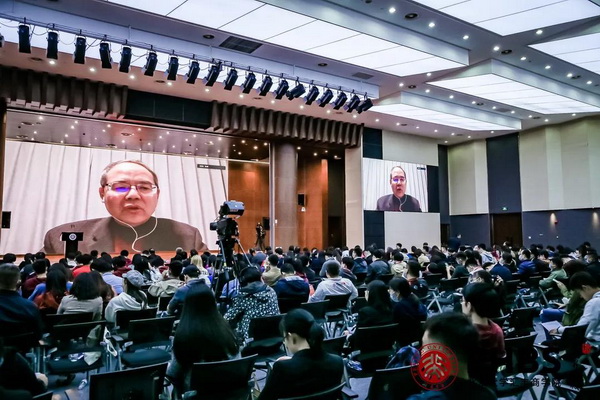