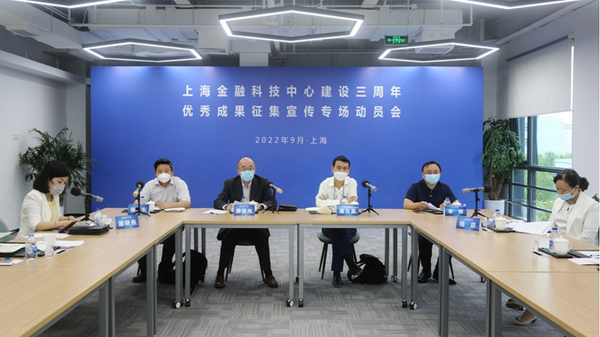 Professor Guangshao Tu (Member of the CPPCC, Executive Director of the SAIF Board), the general advisor of the activity, said that in the Opinions of the CPC Central Committee and State Council on Supporting the High-Level Reform and Opening-up of Pudong New Area to Build a Leading Zone for Socialist Modernization released last year, the central government has guided Shanghai as an International Financial Center to: serve the real economy, serve economic and social development, serve the deepening of Shanghai’s urban functions, enhance Pudong’s leading role, emphasize interaction with the development of the real economy, and the building of a new development pattern. Since the reform and opening up, domestic financial market systems, structure, functions, and effectiveness have been greatly enhanced. This further promotes fintech with a wider range of fintech application scenarios.

Tu said that as an International Financial Center, Shanghai has comprehensive advantages in building a FinTech Center because of its healthy financial system and friendly financial environment. Shanghai has the ability to undertake some major financial reforms and open policies, such as pilot financial innovation initiatives, including: measures involving the internationalization of the CNY, including the pilot cross-border trade CNY settlement in 2009 and the establishment of a free trade zone in 2013; and major market reform measures, such as registration system reform.

In 2019, Shanghai began to build itself a FinTech Center and proposed to build a globally competitive FinTech Center within five years. Tianyu Wang (Secretary General of Shanghai Fintech Industry Alliance) said that an activity was held to summarize the innovative practical experience of Shanghai in building the FinTech Center over the past three years. In the future, the Alliance will continue to promote research on financial technology, promote collaborative innovation among institutions, and provide strong support for a regular collection mechanism for outstanding future achievements.

As the academic support unit, SAIF participated in the preliminary research on the development of fintech applications and the summarization of Shanghai's innovative practical experience in building a FinTech Center. It evaluated the development results of Shanghai's fintech industry, and put forward targeted and valuable suggestions on this activity.

Professor Feng Li (Professor of Accounting, Associate Director of CAFR, Co-Director of SAIFR) said that Shanghai has gradually shown its global fintech advantages, and its activity would promote Shanghai to maintain its advantages and continue fintech development. In the future, SAIF would capitalize upon its research efforts in fintech and digital finance to further serve the overall national strategy and the construction of Shanghai as a FinTech Center.