On May 20th – 21st, the second NBER-SAIF Research Conference was successfully held online. Organized by Professors James Poterba from the National Bureau of Economic Research (NBER) and Hong Yan from the Shanghai Advanced Institute of Finance (SAIF), this year’s conference focused on the theme of “Real Estate Markets and Housing Finance in China”.

During the conference, eleven noted economists from NBER and nine scholars from the Asia-Pacific Region shared their research. About 100 experts from around the world discussed cutting-edge topics in China such as “the driving force of real estate markets” and “the economic foundation of housing finance”. In the beginning, Professor Chun Chang delivered a welcome speech. He thanked NBRE and SAIF for holding this biennial conference which allowed participants to discuss important issues in finance. He also expressed his gratitude to economists who focused on real estate markets in China.

In Professor James Poterba’s opening remarks, he reviewed the establishment of the NBER-SAIF conference. He pointed out that the NBER-SAIF series of conferences are designed to build a broader research community on the economics of public policies so that scholars and experts in China and America can share their research. Poterba said in his speech, “Since the two countries have close academic relations, it is very helpful to hold this transnational conference. In the current situation, it is especially important to maintain vibrant academic communication.” He also emphasized the significance of real estate finance in macroeconomics.

In the keynote speech, Doctor Hui Shan (Chief China Economist at Goldman Sachs Research) analyzed the main features of China's housing market, compared its price to the international one, and discussed recent real estate regulatory policies and their ultimate goals.

In the presentation and comment session, nine papers were discussed. They were: Chinese Housing Markets: New Data and the Potential Role of Hukou in Explaining Price-to-Rent Multiples; 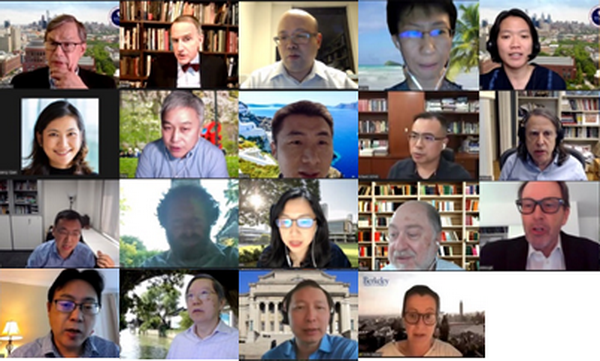 In the closing remarks, Professor Jiang Wang, on behalf of SAIF, thanked James Poterba and NBER for holding this conference. He emphasized that NBER had made great contributions to economic and financial fields, and he hoped that NBER-SAIF conferences would provide scientific analysis for China’s rapidly growing economy by bringing together world leading experts. Professor Wang also pointed out that, due to the similarities between China and other markets, studying China’s economy will not only bring useful insights into China, but also generate common academic intuitions at a more fundamental level.