The Shanghai Advanced Institute of Finance has vowed to strengthen its efforts in providing effective solutions to China's economic issues by continuing to develop top talent for the financial industry and generating cutting-edge knowledge in financial theory and applications, said Chun Chang, executive dean and professor of finance at SAIF.

"As SAIF is based in China, we naturally have a deep understanding of the domestic market and China's financial system, which allows us to better develop solutions and a theory system with a global perspective," Chang said.

In this year's Financial Times' annual ranking of the best Master in Finance programs in the world, SAIF made a strong debut when it was ranked 2nd in Asia and 28th in the world.

Research into China's economy, the second largest in the world, has been a hot topic in the academic world. According to Chang, despite China's rising status internationally, the domestic financial industry is still closed and lagging behind its international counterparts. However, the local financial industry nevertheless holds great potential in the long-term development of China's economy.

According to the dean, there is also a shortage of theories and studies to support the government's decision-makers.

In response to this issue, Chang said: "At SAIF, we are committed to training top talent, building an open platform for research and becoming a leading think tank, especially on issues related to China's financial system."

The idea to form the SAIF was born when leading city officials visited Shanghai Jiao Tong University in 2008 and were given a chance to compare the finance major curriculums of local universities and overseas schools.

"People were shocked to find huge differences between the curriculums and this was when we realized that it was necessary to carry out education reforms," Chang said.

"The authorities knew that Shanghai needed to have a high-end financial institute to help the city progress and catch up with its international counterparts. This marked the birth of SAIF."

The institute now boasts an internationally-minded faculty team, composed mostly of overseas returnees who not only have rich overseas background and experience, but also possess deep insights into the domestic market.

Chang was the first Chinese to become a finance professor in an American university, having taught at Carlson School of Management, University of Minnesota, for 17 years.

He is also the first scholar to return to work in China on a full-time basis after becoming a tenured finance professor in a leading American university.

SAIF currently has a faculty of 27 full-time professors and 35 special-term professors. Forty-six of them obtained tenured positions from top business schools in North America and Europe.

"Our full-time faculty members are recruited from the finest institutions in the world, including Stanford, Wharton, Columbia, Chicago, MIT and UBC. They are reviewed and promoted in a manner consistent with leading research institutions in North America and Europe," Chang said.

"SAIF is also a platform for exploring the reform of the internationalization of higher Chinese education, something that has not been truly achieved yet," he added.

Over the years, SAIF has widely cooperated with overseas business schools for faculty and student exchanges. China Lab, for example, is a three-month international course for SAIF's MBA and Master of Finance students and their counterparts at MIT's Sloan School, and it is designed to help students from both countries gain firsthand experience. 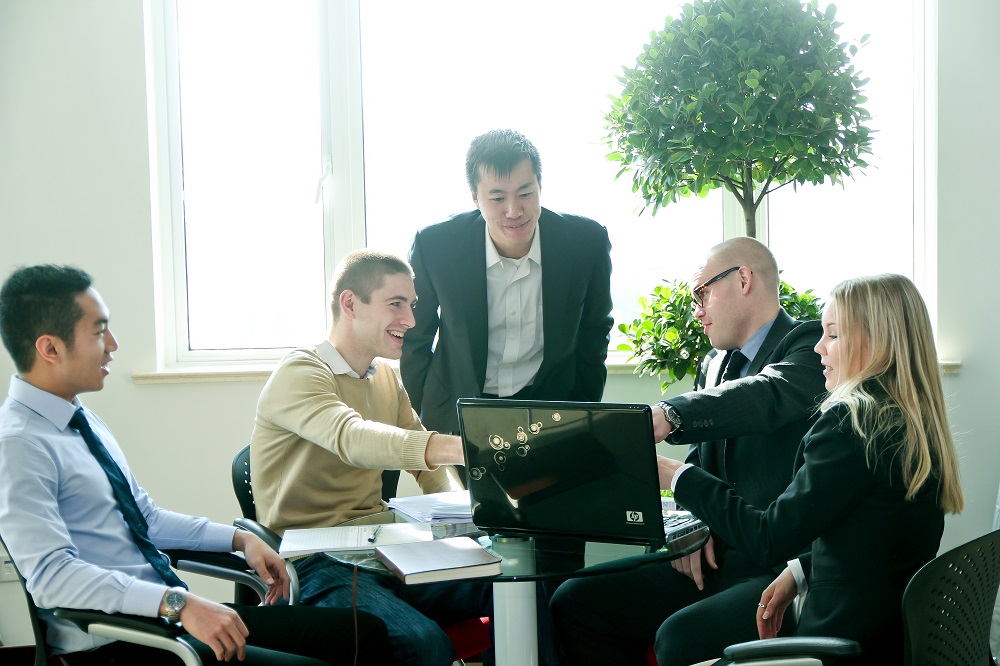