June 19th, 2017, Shanghai – The Master of Finance (MF) Program of the Shanghai Advanced Institute of Finance (SAIF) at Shanghai Jiao Tong University has been recognized as one of the best in the world, according to a ranking by the Financial Times (FT) published today.

Since its inaugural publication in 2011, the FT ranking has been considered one of the most hailed benchmarks in the world. It rates business schools and their MF programs on 17 criteria in two key domains.

The career progression domain, weighing 58% in total, is derived from a survey among alumni after three years of graduation. The other domain focuses on the diversity of business schools and their MF programs, which is collected from survey questionnaires. 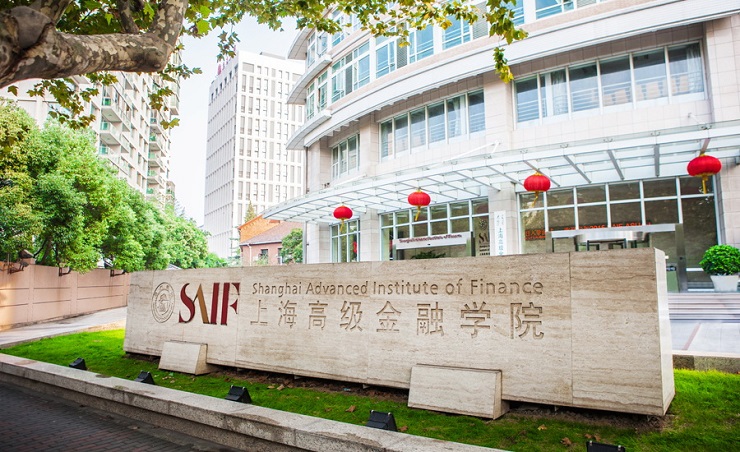 "The fact that the SAIF MF program outperforms many of its worldwide peers and tops the podium of the Asian league is a recognition of SAIF's model of talent development based on superior standards, international experience, and specialized professional training. It also marks a new leap towards our goal of becoming a world-class financial institute," said Prof. Chang Chun, Executive Dean of SAIF.

One of the flagships at SAIF and taught in English, the two-year full-time MF Program is characterized by an atmosphere of open-mindedness, international vision, and a cutting-edge teaching approach supported by simulation labs. Consistent with the teaching system at MIT and other elite business schools in the world, its curriculum and courses are designed to link the trends of the financial sector to the reality of both domestic and international markets. 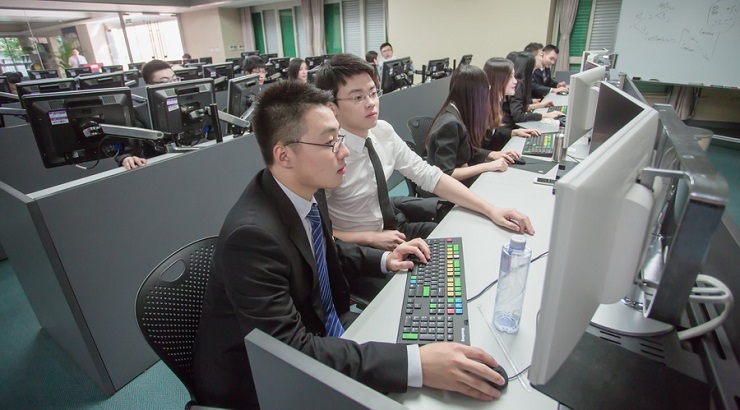 "Thanks to world-renowned professors, outstanding classmates, and a set of specialized and forward-looking courses, I acquired financial expertise in a systematic manner and developed my international vision at SAIF, which has paved my way to realizing my financial career dream," said Chen Xiaoguang, a SAIF MF 2014 alumni who is currently a researcher of Huatai-PineBridge Investments. "The tough two years spent at SAIF MF were intense and stressful, but they were probably one of the best investments in my career and personal development."

Committed to becoming the predominant MF program in China with an international reputation, SAIF MF progressed rapidly since its initiation eight years ago, and has gained remarkable awareness in the market. With an accumulative average acceptance rate of less than 5%, its participants come from leading universities and colleges in China and across the world. 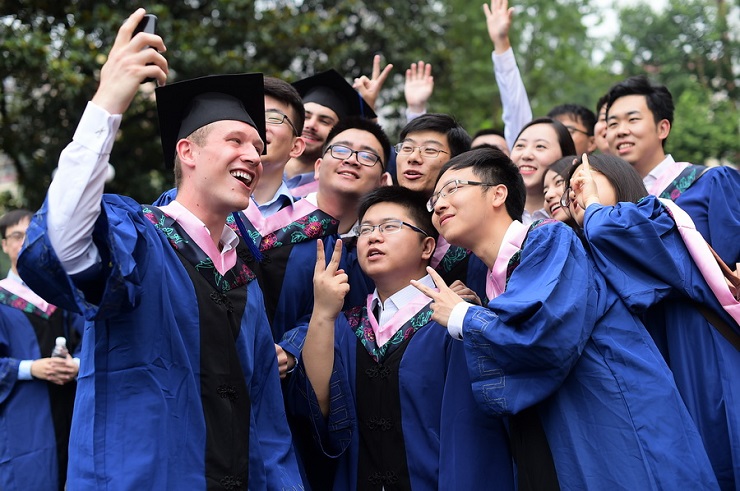 Highly preferred by the market, SAIF MF graduates boast a remarkable employment record of 100% with a starting salary that leads the pack in China. Take the MF graduates in 2016 as an example. Their employers include: JP Morgan, Morgan Stanley, Bank of America Merrill Lynch, CICC, Citic Securities, Tencent, Hony Capital, Bain & Company, Boston Consulting, China Merchants Bank Head Office, Haitong Securities, Fosun Group, and other top financial institutions and corporations both inside and outside of China. Their starting salaries were RMB 284,000 on average, with the median of RMB 230,000 and the highest at RMB680,000.

MF 2014 graduates covered in FT's survey this year reported an average salary today, three years after graduation, of nearly USD $112,000, which is among the highest of all the listed business schools.

In order to better serve the market need for high-caliber financial professionals with an international vision, the SAIF MF Program is about to expand its enrollment, starting this year. The cohorts will be doubled from the current 40 participant to about 80 per year. The recruitment of distinguished international students will also be enhanced.

"SAIF MF is committed to training and fostering world-class financial professionals who are experts of modern financial theories and techniques as well as operations and practices of the financial sector both in China and across the world. Moreover, we are also keen to develop exceptional leadership and communication skills, the highest levels of professionalism, and an exemplary sense of social responsibility in our students," said Prof. Zhan Jiang, Associate Professor and Co-director of SAIF MF Program. "Meanwhile, we will strive to seek innovations and breakthroughs in regard to international exchange programs and curriculum design."

SAIF was established in 2009 as part of the renowned Shanghai Jiao Tong University with the goal of supporting the development of Shanghai into a global financial center. It benchmarks against leading finance departments and business schools worldwide.

Over the last eight years, SAIF has successfully launched a comprehensive portfolio of programs that specialize in finance, including the Master of Finance (MF), MBA, EMBA, DBA (Doctor of Business Administration), Ph.D./Ms-Ph.D. and Executive Education (EE) programs, among which SAIF MBA, EMBA and DBA programs are the first pioneers in China. Furthermore, SAIF has developed international partnerships with over 20 world-class business schools, including MIT, Stanford, and Wharton. 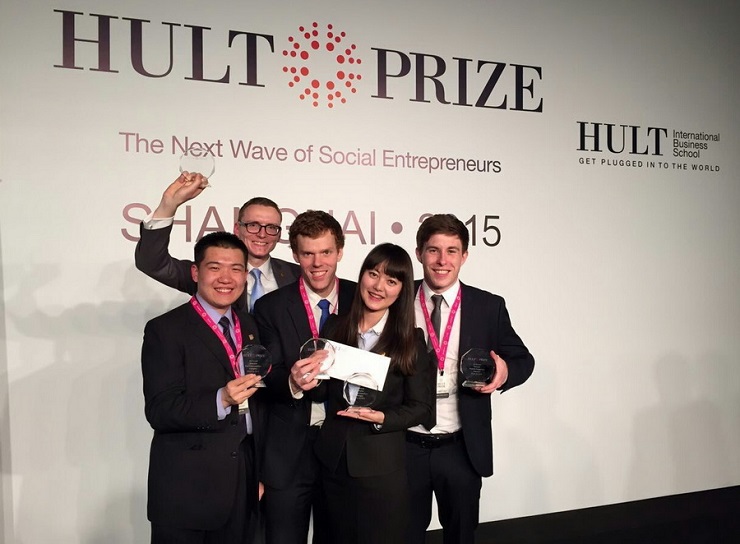 Today, SAIF has built up a "Dream Team" of financial faculty comprised of over 60 Chinese professors with an overseas background, including: six scholars listed in China's Thousand Talents Plan, another six in Shanghai's Thousand Talents Plan, and four Changjiang Scholars. Meanwhile, SAIF also holds a leadership position in academic research and knowledge creation in China. In parallel to SAIF, the China Academy of Financial Research (CAFR) is an open research platform and top-class think tank of international standards committed to introducing cutting-edge financial theories and models into China, while focusing on policy and applied theoretical research in relation to China's financial reform and development. It has generated a number of major research findings, attracting both domestic and international attention.

In February 2016, SAIF became one of the youngest business schools to be accredited by the Association to Advance Collegiate Schools of Business International (AACSB). In January 2017, according to the Global Go To Think Tank Index Report 2016 published by the University of Pennsylvania, SAIF made it into the list of the Top 100 Think Tanks to Watch for the 3rd year in a row, beating all of its peers in China to win 31st place.

Over the past eight years, SAIF has cultivated nearly 1,700 outstanding graduates, who have excelled in the financial markets of China and around the world, shaping a rising community of SAIFers.