On May 11th, 2018, Oliver Hart, Nobel Laureate in Economics in 2016 and Professor of Economics at Harvard University arrived at SAIF-CAFR Distinguished Speaker Series hosted by Shanghai Advanced Institute of Finance (SAIF), Shanghai Jiao Tong University (SJTU). He shared his insights on corporate governance and maximization of shareholder interests from the perspective of the mandatory functions of an enterprise. 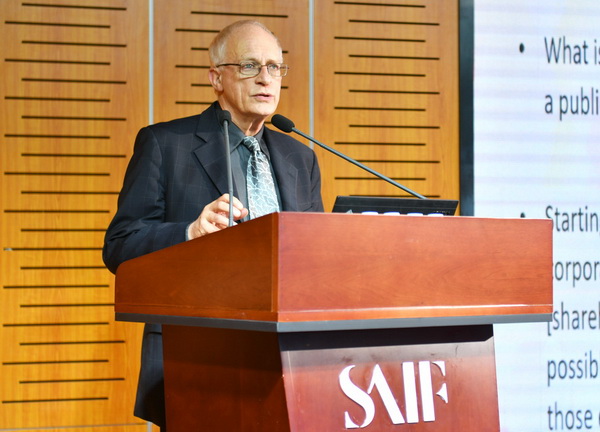 In his keynote speech, Prof. Hart stated that there is a clear difference between corporate goals and the goals of individuals and governments. Thus, it is necessary to separate the activities that cause damage from those that make profits; government can perfectly internalize the external effects through laws and regulations. In general, shareholders’ interests do not equal the company’s market value, and companies should maximize the former instead of the latter. Regarding management decisions that may have significant social consequences, a company should consult its shareholders. Prof. Hart pointed out, "Although in many cases, a company represents the interests of its shareholders, which need to be maximized, it doesn’t necessarily mean to maximize its market value or profitability.” He also cited a number of examples. For instance, although an electric car is more expensive than an ICE car, many buyers still prefer electric cars, because they are concerned about the environment. Similarly, some people prefer free-range chicken to chicken raised in industrialized farms.

Prof. Hart further stressed that in addition to cost effectiveness, many people also attach importance to other factors, such as social interests and the impact of their actions on the community. These consumers might be shareholders of certain companies, who hope that their investments will be good for the social welfare. Therefore, the companies they invest in will engage in “pro-social” behaviors, and be beyond profitability and market value. As a result, he revealed a brand-new perspective, “The money-making and pro-social behaviors of a company are interrelated and interdependent. It is impossible to separate its profitable activities from its social effects. Individuals need to realize social interests and internalize external effects through their behaviors.” 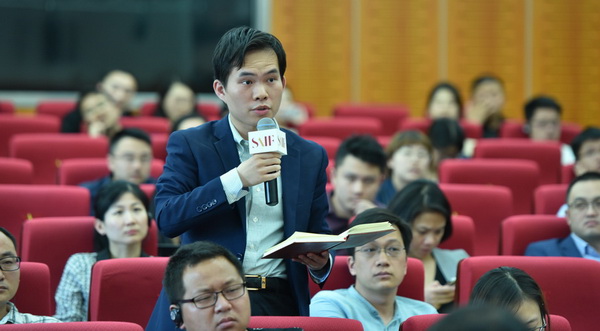