Prof. Qian Jun on the Trends and Characteristics of Offshore M&A by Chinese Companies

A tender offer from China National Chemical Corporation for Swiss Syngenta, the largest pesticide company in the world, officially concluded recently, which means this $43 billion takeover, one of the largest offshore M&A cases engaged by a Chinese corporation, can be delivered once all review and approval processes are finalized. 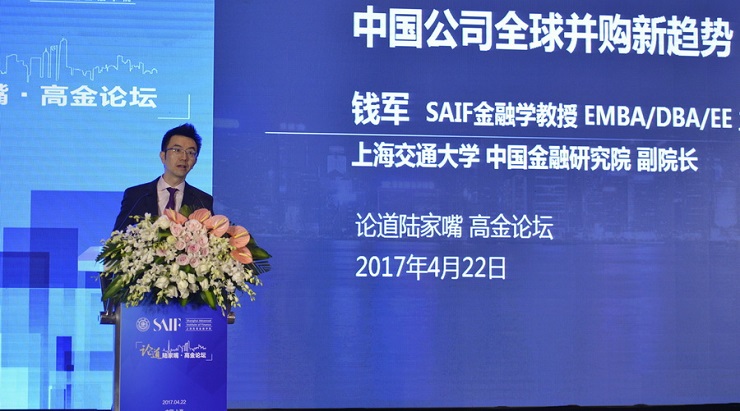 First of all, many enterprises, especially in traditional industries, are conducting diversified cross-industry M&As. Although diversification has become a major trend, it is necessary to be cautious.

Second, with massive M&As and asset allocation across the world in recent years, Chinese enterprises have changed to capital exporters from capital importers as assets, technology, market and industry layout become the targets of such M&As. In the process, country risk evaluation and differences in corporate culture should be alerted.

And third, a wave of transnational M&As was formed among Chinese enterprises in 2016. By the first quarter of 2017, the demand continued to increase while it was hit by the difficulties in capital outflow. Recently, as both the foreign exchange reserves and exchange rates are stabilizing, there is no doubt that the tide of offshore M&As would recover if the market remains steady.